At Siha & Afia International, we try to source all types of Healthy Products and maintain quality. Our idea of business is to give allergy free food to people who cannot eat conventional food products due to their allergen of Gluten, Soy, Lactose, Sugar and Wheat. 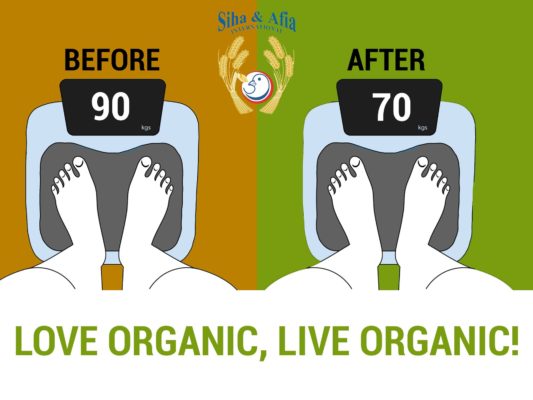 Fast foods are convenient and often cheap. But they also tend to contain a large amount of sugar, which has been proven to be very bad for your health, and promotes obesity and diabetes, conditions that are becoming a global epidemic.

Did you know that Americans eat 30% more sugar now than just three decades ago? The reason behind this is that they have adopted a fast food culture and have added am increasing amount of sugar in their popular fast food. And you find sugar in products that you might not expect. A single cheese burger from a popular franchise, for instance, contains on average 8 mg of sugar. That is more than a third of your total recommended daily intake of sugar. A typical soda drink contains 11 mg of sugar. To put that into perspective, it is about eight teaspoons of sugar. The fact is that we are ingesting far more sugar than we should, and that it is often hidden.

Sugar and its negative impact

We all know the negative impact of sugar on health. Some doctors and scientists even consider sugar a poison. But the biggest effect of sugar is surely on obesity levels. Obesity is a killer. People who are obese are at a far higher risk of developing serious heart conditions, joint problems and type 2 diabetes, a life-threatening form of diabetes that requires chronic treatment. Globally, obesity has increased dramatically over the last few decades. It is estimated that obesity and the diabetes associated with it is now the major cause of death in the world – more deaths are caused by obesity than by famine, or contagious illness, or war and violence. 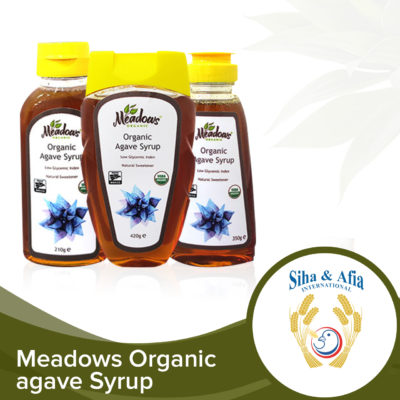 The solution to this problem is, of course, to eat less sugar. But how can we achieve this if we are surrounded by cheap, convenient food that is saturated with sugar? The key is to take more control of our diet: to think about what we are eating, and where it comes from, and to be aware of what it contains. This is not always easy in the fast-paced modern world. Many of us do not have the time to spend so much energy on planning our diets. The good news is that it is possible to cut more sugar out of your diet without changing your entire lifestyle. There are many products on the market that can make this process easier than you thought possible, and help you avoid developing diabetes.

Agave syrup is a natural organic sweetener extracted from the Mexican blue agave and it is distinguished for its low Glycemic index which makes it diabetic friendly. The Glycemic index is a way of measuring the relative impact of foods on blood sugar levels. Foods with a High Glycemic index have carbohydrates that the body can quickly convert to sugar and absorb it, causing sugar level to rise in the blood.

Every sweetener with Glycemic index below 55 is considered diabetic friendly. 100% Pure Organic Agave syrup’s Glycemic index is 17. Now, Let us compare the glycemic index of other sugar replacements:

Agave syrup is also rich in fiber called Inulin. This fiber slows down the absorption of digestible carbohydrates. Brown rice syrup’s sweetness comes from maltose which causes spikes in blood sugar. Both, agave syrup & corn syrup are used in recipes because they don’t crystallize but agave is twice as sweet and has lower Glycemic Index. It takes around 40 gallons of sap to make 1 gallon of maple syrup. Which makes maple syrup unaffordable for regular use.

Thus we can conclude that Organic Agave Syrup is one of the best way through which one can cut down the level of sugar and achieve the sweetness with a low glycemic substitute.